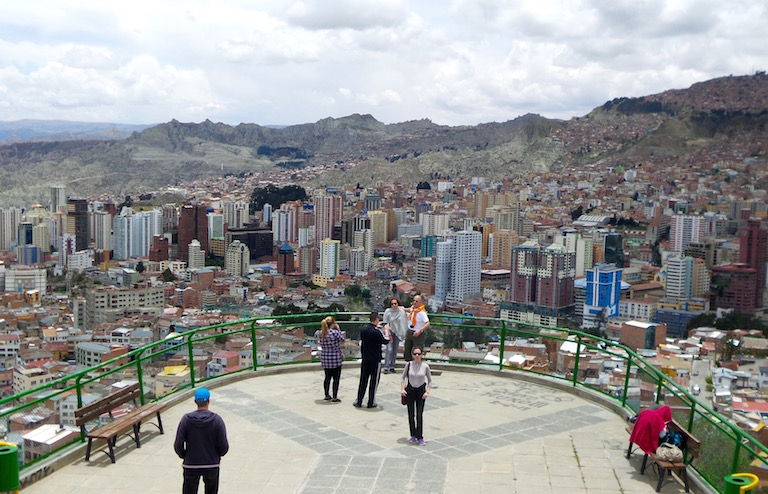 Yurway Kawthur, which means “white”, “wind”, “life”, “let’s live condor”, which all together we can translate as ”Long live the white condor - lord of the winds”, is the name of the group on whose wings of music I traveled Bolivia, learning about the traditions hundreds of years old.

In Bolivia Andean Condor is one of the most important symbols. Long before it was founded the city in which in one of the most famous Restaurant-Huari at an altitude of 3700 m I enjoy the Andean cuisine and traditional folklore show, there used to be only eagles nest.

“I built the house,
I made it first in the air.
Then I raised the flag into the air
And I left it hanging
From the firmament, from the star, from
The clarity and the darkness.”

Thus, Neruda described his house in La Sebastiana poem written in 1961 on the occasion of its opening ceremony. This house built by her former owner-architect Sebastian Collado (Sebastián Collado), in whose honor it was named, will become his refuge.

If you are from those who are full of some hazy foreboding always searching for an unknown land somewhere far behind rainbow, then you should certainly visit Peru, the magnificent Andes that kept the secret of intersections on which lies the Puma, visit the holy shrines of the Navel of the world and Old Mountain where was discovered long ago forbidden city, and while you're standing in the ruins of the sanctuary take a deep breath and stretch your hands and like a Condor take off in your own imagination, as if you, at least for a moment, for some inexplicable miracle converted to that glorious King of The Andes what keeps the mystery of once a mighty empire.